Five-a-side Handball is a new exciting game made for former handball players who want to make a comeback. The game is played on a short handball court with the new yellow GOALCHATM-Ball size Ø54 designed to rewake the known feeling of mastering the many aspects of the handball game. The rules are built on the fair play principals and you can participate even if you have an old injury, because of the low physical impact. The game is fast and fun, and you will experience the same feeling and flow as you did in your handball prime. More than 75 Danish clubs are already using Five-a-side Handball to attract former players and it is bringing new energy and life to the clubs and the overall adult handball community in Denmark.

We have developed and designed a new GOALCHATM-Ball for this project Five-a-side handball size Ø54  to rewake the known feeling of mastering the many aspects of the handball game.

This  Five-a-side GOALCHATM-Ball is not in sale in shops, but you can buy it on our webshop

The rules of Five-a-side Handball take their starting point in the traditional handball rules with 10 amendments that you will quickly learn. The game has no referees, so the players are responsible for a fair game. You can choose a game counselor at the start, so she/he has the last word if situations of doubt occur. 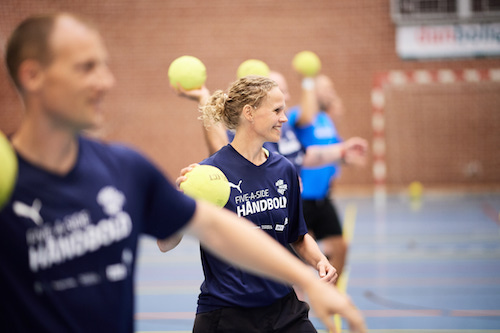 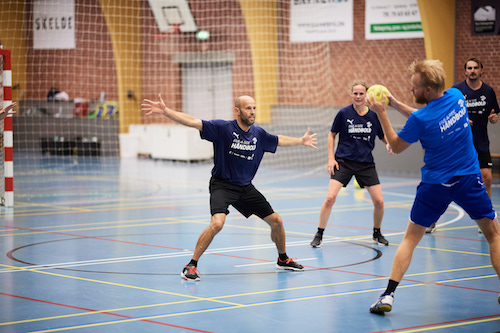 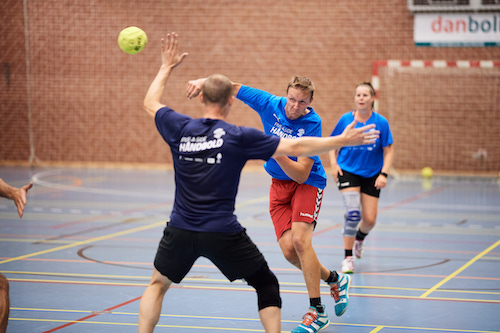 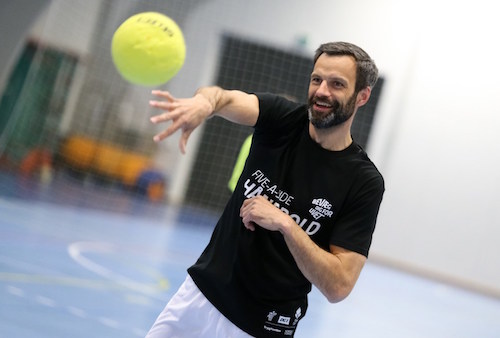